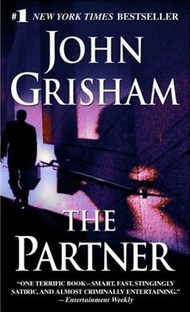 They hired him. They trusted him. Now they don't want justice--they want revenge....

For four years, Patrick had often wondered how it would feel if they caught him.

Now he was terror-stricken. Practically naked and strapped down like an animal, he knew the next few hours would be insufferable....

Once he was a well-liked, well-paid young partner in a thriving Mississippi law firm. Then Patrick Lanigan stole ninety million dollars from his own firm--and ran for his life. For four years, he evaded men who were rich, powerful, and would stop at nothing to find him. Then, inevitably, on the edge of the Brazilian jungle, they finally tracked him down.

Now Patrick is coming home. And in the Mississippi city where it all began, an extraordinary trial is about to begin. As prosecutors circle like sharks, as Patrick's lawyer prepares his defense, as Patrick's lover prays for his deliverance and his former partners wait for their revenge, another story is about to emerge. Because Patrick Lanigan, the most reviled white-collar criminal of his time, knows something that no one else in the world knows.

He knows the truth...