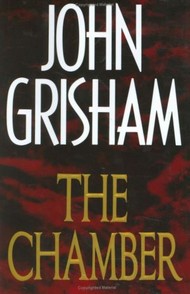 Cayhall's first trial, with an all-white jury and a Klan rally outside the courthouse, ends in a hung jury; the retrial six months later has the same outcome.

Twelve years later an ambitious district attorney in Greenville reopens the case. Much has changed since 1967, and this time, with a jury of eight whites and four blacks, Cayhall is convicted. He is transferred to the state penitentiary at Parchman to await execution on death row.

In 1990, in the huge Chicago law firm of Kravitz and Bane, a young lawyer named Adam Hall asks to work on the Cayhall case, which the firm has handled on a pro bono basis for years. But the case is all but lost and time is running out: within weeks Sam Cayhall will finally go to the gas chamber. Why in the world would Adam want to get involved?

While the executioners prepare the gas chamber, while the protesters gather and the TV cameras wait, Adam has only days, hours, minutes to save his client. For between the two men is a chasm of shame, family lies, and secrets -- including the one secret that could save Sam Cayhall's life... or cost Adam his.