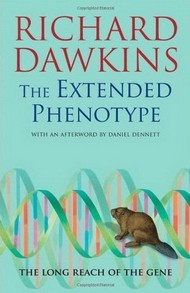 The Extended Phenotype: The Long Reach of the Gene

'The Extended Phenotype is a sequel to The Selfish Gene... he writes so clearly it could be understood by anyone prepared to make the effort' John Maynard Smith, LRB...

'This entertaining and thought-provoking book is an excellent illustration of why the study of evolution is in such an exciting ferment these days'. Science...

People commonly view evolution as a process of competition between individuals--known as "survival of the fittest"--with the individual representing the "unit of selection." Richard Dawkins offers a controversial reinterpretation of that idea in The Extended Phenotype. He proposes that we look at evolution as a battle between genes instead of between whole organisms.

We can then view Nanges in phenotypes--the end products of genes, like eye color or leaf shape, which are usually considered to increase the fitness of an individual--as serving the evolutionary interests of genes.

Dawkins makes a convincing case that considering one's body, personality, and environment as a field of combat in a kind of "arms race" between genes fighting to express themselves on a strand of DNA can clarify and extend the idea of survival of the fittest.

This influential and controversial book illuminates the complex world of genetics in an engaging, lively manner.